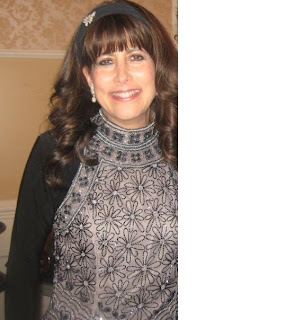 There is growing frustration in the LA Community that Ora (Organization for the resolution of Agunot) http://www.getora.org/ and the RCC (Rabbinical Council of California) http://rccvaad.org/, are complicit in Lonna Kin Ralbag's campaign of pretending to be an Aguna. The purpose of this blogger is to expose the true facts on this case and in no way minimize the plight of TRUE AGUNOTH. Lets begin with the definition of an Agunah. This is a woman who is halachacally chained to her husband and cannot remarry. Our sages have been very clear as to what constitutes such a case. For example, a man lost at sea, or taken prisoner in battle with no evidence whether he's alive or dead, or a man who refuses to EVER grant his wife a Get would render her an Agunah. Women who refuse to accept a GET are not considered an Agunah.
Meir Kin clearly does not fall into the above categories. He's obviously not lost at sea, nor taken prisoner. Furthermore, he wants nothing more than to be finished with Lonna Kin Ralbag in every way.To that end, after years of fruitless negotiations and her shenanigans (which will be discussed below), Meir deposited a Get in Lonna Kin Ralbag's hometown of Monsey, NY, in March 2008. see link:


Lets look at who Lonna Kin Ralbag really is. This is a woman who filed for Divorce in NY SupremeCourt in 2004, litigated extensively for 2 years,costing Meir alone over $100,000 in Legal fees and then dismissed the matter. SEE THIS LINK WHICH PUBLISHED A LETTER FROM RESPECTED RABBIS PROHIBITING USING THE CIVIL COURTS WHICH LONNA KIN RALBAG USED IMMEDIATELY:
https://drive.google.com/file/d/0B18DuD7uD-DkQXIxdUtXTUNia3JnNjBCWjF5NXktMmN6T1ZV/view?usp=sharing

This is also a woman who sought action simultaneously in the NY Family Court and obtained a Gag-Order to legally prevent him from speaking the truth before any Bais Din, where orthodox Jews are supposed to arbitrate their Divorce. (please see this link where you will find a thorough history and material evidence http://lukeford.net/blog/?cat=17550 ) So while she claims that she wants to go to Bais Din, she continues to make a Din-Torah impossible by virtue of perpetuating the Gag-Order. What does she have to hide from the Rabbis with this Gag-Order?
After Lonna Kin Ralbag dismissed her NyDivorce petition, Meir moved to California and filed for a "status only" Divorce, which means that he just wanted a "paper Divorce' with no monetary settlement. Such a Divorce could be granted in 1 day, however she chose to contest it and dragged it out for over 1 year.
When she contested the action, she asked for Annulment rather than divorce -- this,despite the fact that she herself originally filed for Divorce in Ny and NOT anullment. At the conclusion of another lengthy trial in La Superior Court, her wish was granted and the Judge ruled for Anullment. She then appealed the decision but has lost the Appeal!! In the midst of all this,since a Din-Torah was impossible because of the Gag -Order, Meir agreed to enter mediation in the Summer of 2009. 7 months into the process, the mediator acknowleges that Meir has offered a number of significant concessions, while Lonna remains obstinate in her aggressive stance. In fact, she has escalated the aggression by enlisting Mr Allan (Shlomo) Phillipson of Monsey, Ny, to make threats to Meir in recorded phone conversations and email. (AN AUDIO LINK OF THIS THREAT IS EMBEDDED BELOW) Additionally she has used her political muscle of her cousin aryeh ralbag to have the RCC Bais Din defame Meir Kin by falsely listing him as a recalcitrant husband after he left her a GET at a Bais Din in Monsey, Ny. see http//rabbiniccorruptionatrcc.blogspot.com/
Clearly, this is not the behavior of a person who wants to be divorced. Rather than being an Agunah, Lonna Kin Ralbag's actions show that she in fact wants to chain Meir!!!!